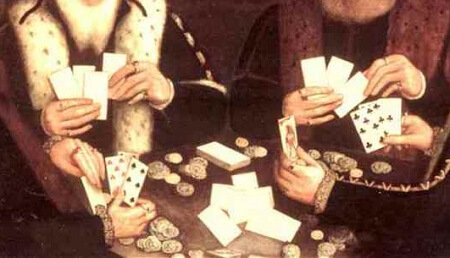 Primero is the first confirmed version of a game directly related to our present day poker, and has been referred to as” Poker’s mother”. This gambling card game goes right back to the sixteenth century. The earliest reference to Primero was made in 1526, and apparently the game of Primero was even mentioned by Shakespeare in the play Henry VIII, when Falstaff says “ I never prospered since I forswore myself at primero”, Primero is also closely related to the game called primo visto, or prima vista.

The Origin Is Uncertain

The actual origin of Primero is uncertain. It could have come either from Spain or Italy, although several writers have asserted that the earliest written mention of the game is in an Italian poem by Berni. That certainly would offer proof that it was at least commonly played in Italy at the beginning of the sixteenth century. Berni’s work, published in Rome in 1526 is believed to be the earliest work describing a card game. He also includes some particulars of the game, and some believe that it is still played in central Europe and Spain under the name goffo or bambera.

This old game was called prime in France and Primiera in Italy. The name is could be derived from Latin, meaning first, but the world primero is actually a Spanish word meaning first or chief. Primero and prima vista re probably one and the same game, although whatever the origin of the game, it ended up being played in slightly different ways in different countries. New rules were added, with variations of old rules, and this made the games quite separate. 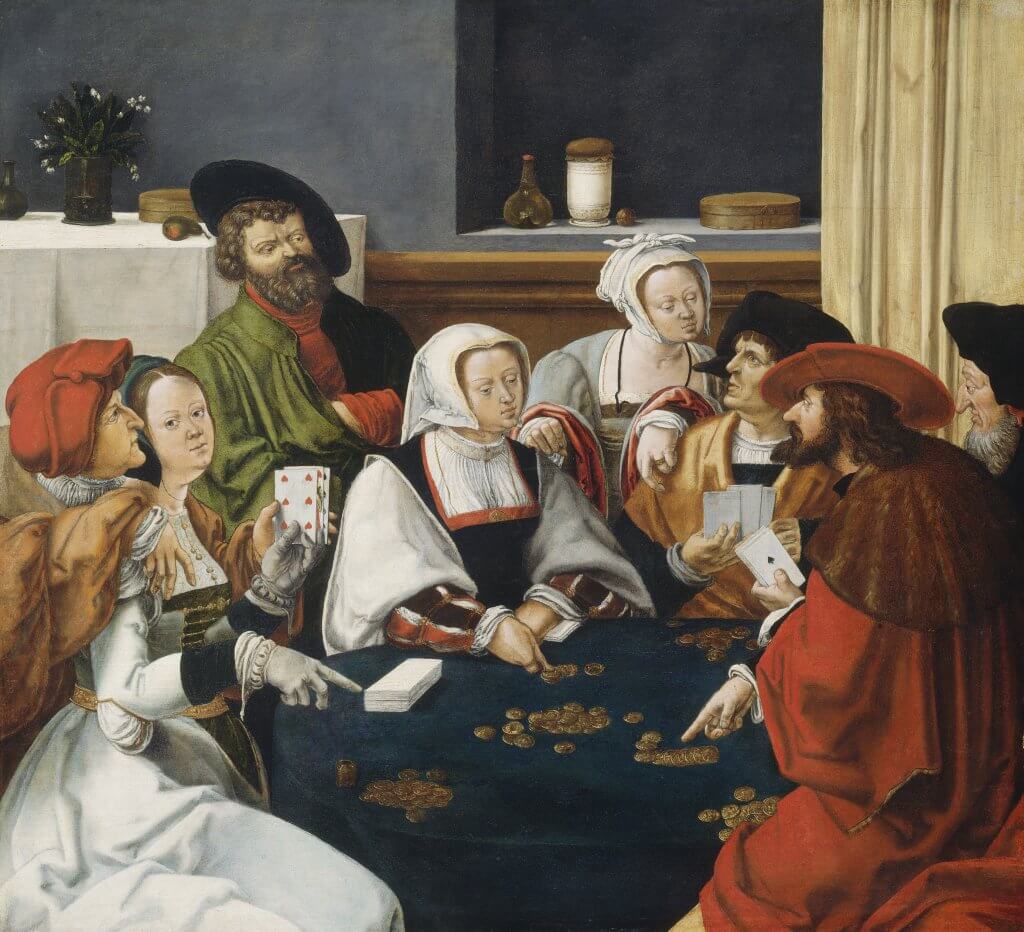 There is a painting made of an Elizabethan card party, in which some of the lords are depicted playing a game of cards. The cards used seem to be marked the same as those used today, although they are longer and narrower. The coins on the table appear to be coins of Edward VI and Elizabeth 1. A passage in an old play by Robert Greene has been quoted as proof the Primero was a gambling game. Judging from the partial descriptions of the game that still remain, it would seem that Primero was played for either large or small stakes.

Primero seems to have been one of the earliest card games played in England during the Renaissance and the Tudor dynasty. Certainly it continued to be a fashionable game for many years, as it was mentioned several times by writers of that time.

The object of the game Primero, as in poker, was to obtain the highest possible hand, or at least to bluff your competitors out of betting against you. There are no existing written rules for the 16th century primero, only descriptions. A number of reconstructions has been done, on the evidence of books describing the strategy. Primero was played with a 40 card deck, and with four to six players. The River Belle Casino Canada player who holds the ‘prime’, the sequence of the best cards, and a good trump, is sure to be successful over his adversaries.